The grand piano is as majestic as its name sounds. I always to associate it with being a musical instrument that dates to the 18th century and still manages to rock both the worlds of classical and modern music. Formerly called the pianoforte for its mystical ability to play both quiet and loud notes enchanting the listeners. Before the grand piano took center stage, the harpsichord was its earlier variant. Harpsichords were one of the earliest versions of keyboard instruments that worked on plucked strings to create musical notes. From the time that Bartolomeo di Francesco Cristofori, an Italian harpsichord maker invented it in 1709, the grand piano has come a long way. 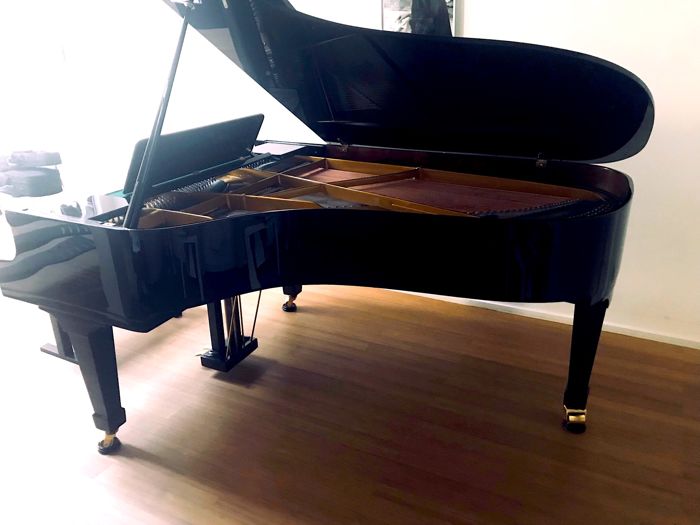 Approximately, an unbelievable 12000 parts, of which 10000 are moving, make up an ideal working piano. These big, small and tiny pieces need to fit perfectly in their positions for it to bring magic on stage. It is common knowledge that pianos are stringed instruments with tiny hammers that strike the chord. There are around 230 strings in a fully functional piano.

The piano keys are also sometimes referred to as ivories, for they were made of ivory, but that is only for old time’s sake. Now they are manufactured using plastic, no need to dial animal welfare!

The Old, New and The Oldest

Interestingly, the earliest pianos that were made were so expensive that even the average rich folks could not afford the penny. But in the later years, the grand pianohas becomemore accessible. But I still see it as an instrument being played by a silent Mozart who finds words mundane! The best piano in business is manufactured by Steinway. The Steinways have been the best in business back from 1853.

As for people wondering about Cristofori earliest pianos, they are still up for display if any of you music or history enthusiasts are up for a stroll along New York’s Metropolitan Museum of Art.

It took its sweet little time for the digital wave to hit our very own piano makers and musicians. Digital pianos made their way into the market only in 1980. The electric pianos overcame a lot of drawbacks that came with the acoustic pianos. Amplification, space management and even saving a few bucks on tuning, which required specialists earlier and needs to be done at least four times in a year for it to be in good working conditions year along, were all added to the updated and user-friendly electric pianos.

The grand piano is rightly named the King of Musical Instruments. The title is justified, not because of its size but because it has the widest range of tones, it is a complete independent instrument that lets you play both melody and accompaniment simultaneously.

Electric guitars need to take a back seat and this beauty of an instrument that very rarely appreciated deserves to sit majestically in the middle of a concert room with music enthusiasts bobbing their head rhythmically.

The musician is only as grand as the piano itself when they hit the right chord it is truly heaven on earth.